In the picturesque English countryside on a farm North of London, is an exceptional UK custom bike workshop called Lions Den Motorcycles. 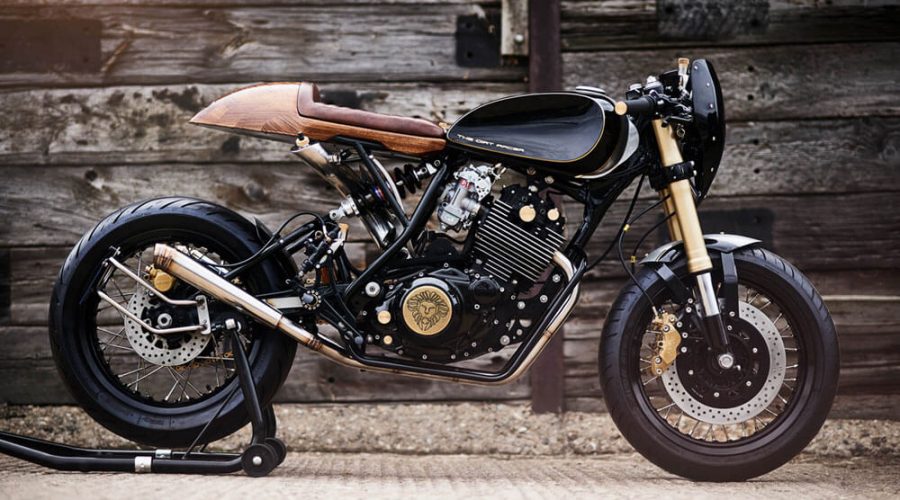 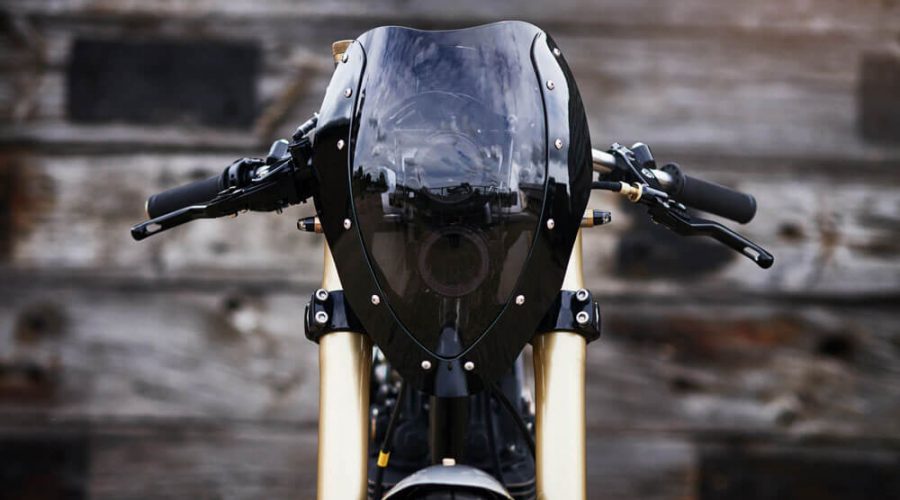 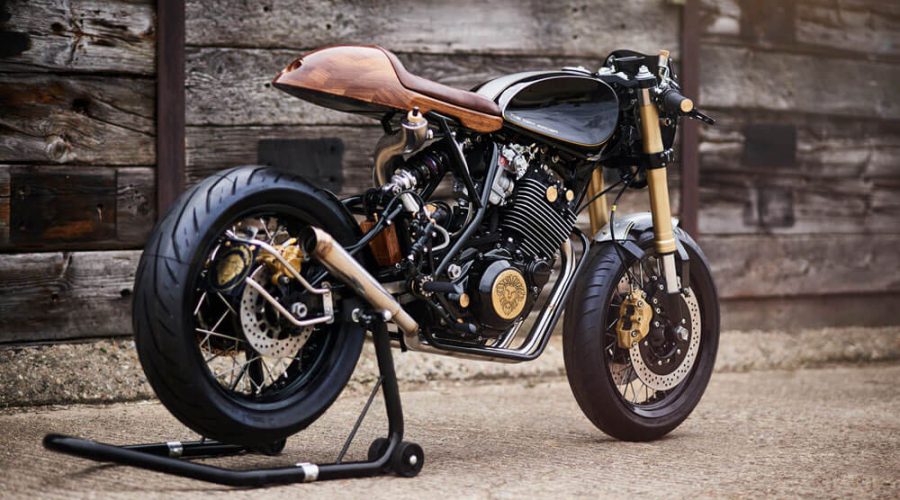 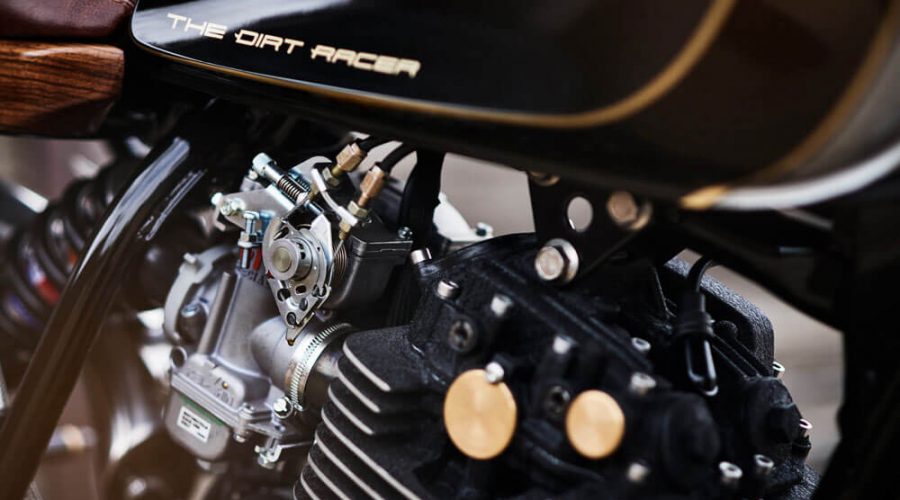 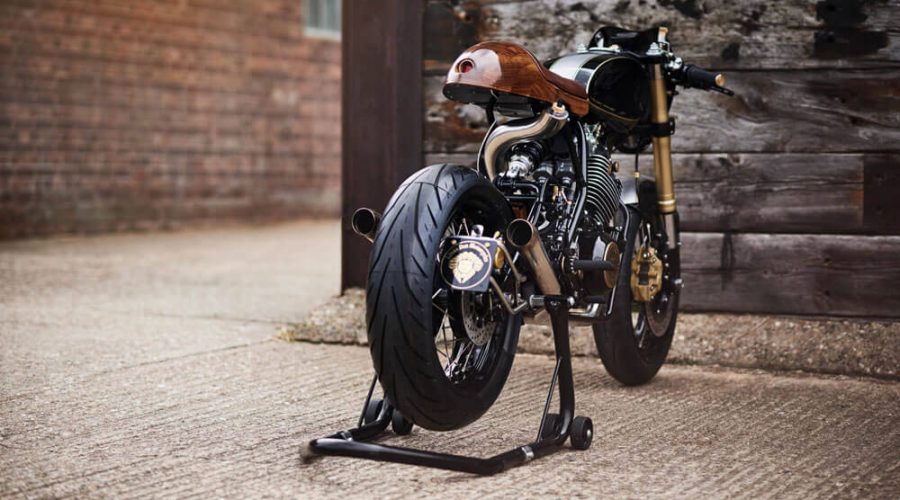 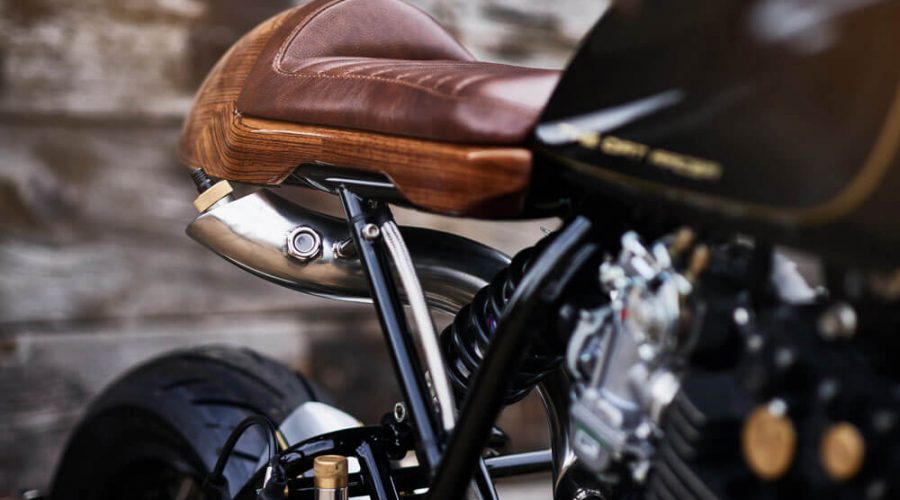 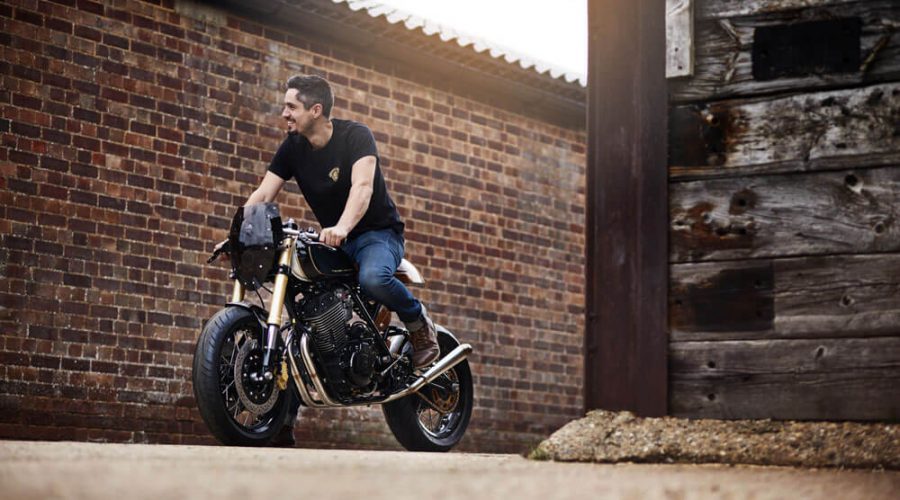 Lions Den Motorcycles build high end custom motorcycles for clients worldwide. Its owner and founder, 30 year old Daniel Thomas of London, quit his career as a professional drummer to start a business customising bikes. With a keen eye for detail, a passion for creativity and a love of fabrication, his bikes really do stand out from the crowd. Many of the parts are made especially by hand, some taking many days to complete, before being assembled into an incredibly striking machine. We caught up with Dan in his Hertfordshire workshop to find out a bit more about his work.

Tell me about leaving your career as a professional musician. How does someone go from drumming to fabricating high-end bikes? Did you train? Tell me about that transition?

I fell into the music industry straight from school. At that time I wasn’t giving an awful lot of thought to what I wanted to do for the rest of my life. I was good at drumming and so that’s what I went for. Being a part of the music industry didn’t turn into what I had hoped and so I realised that a change was needed. While playing music I had bought and customised my own bikes and then those of my friends, so as my time in music was coming to an end I decided that I would turn a hobby into a career. Other then a short welding course I have not trained but have applied my obsessive personality to becoming as good as I can at designing and building my own custom motorcycles.

IN THE WORKSHOP AT LIONS DEN MOTORCYCLES

These days people are always saying “follow your passion” and “ I’ve your dreams” but sometimes that not always straight forward. And you were already doing that. So when you decided to let go of being a professional musician. How did you identify building custom bikes as your next move? Did you see it coming? Was it always there?

I have always had a love of anything with an engine in it. When I was a kid I would ride around the living room on a blue trike making the sounds of engines for hours on end. When I hit my teens I got into downhill mountain biking and then transitioned to riding motorbikes. I had spent a fair amount of time at a car garage owned by a family friend and fed my love of engines by seeing him take apart Jag E-types and Aston Martins. Realising I was not going to own a car like that any time soon, bikes became a cheaper option and the bonus was you could work on them with limited tools and space. It is kind of frustrating at times that I didn’t recognise earlier on that this was something I could do for a living, but life doesn’t work that way all the time. Often you have to walk other paths before finding the one that will fulfill your dreams. I have tried maaaany different paths in my life and building bikes have finally felt like I can achieve those dreams.

Some of your work is really very creative and adventurous with really amazing tiny details. Tell me about this process. Where does a design come from. Where do you draw your inspiration?

Honestly? I have no idea! Ha. Not very helpful, I know, but it’s the truth. I actually can’t explain where most of my ideas come from, they just tend to appear in my head. I am a very impulsive person and so once an idea pops into my head I want to run with it. That also means that ideas can change rapidly during a build. It’s what excites me about building bikes; you should not create any restrictions for yourself. Inspiration comes from all areas really. Cars, bikes, boats, as well as architecture, any small products that I feel have been designed beautifully. There are so many creative people to be inspired by and with the likes of social media, you can immerse yourself in it so easily.

When you’re building bikes like this and trying something for the first time, there must be occasions when something just isn’t working the way you want. What motivates you to keep going? What gets you through these points?

Great question. It can be really tough to stay motivated, especially when it’s your own business and you don’t have the pressure of someone pushing you. In fact, starting my own business has been the most difficult thing I have attempted in my life and from the start been an incredibly steep learning curve. One of the most important lessons for me has been to learn patience. It sounds cliché but it really is so important. As I like to build one-off machines you are always trying something new and so being able to walk away when it’s not quite working is the key to success. Just the other day I was trying to make a fairing and it wasn’t working at all. I was on the brink of wanting to pack it all in but that tiny voice said…..”stop”. I went home, relaxed as best I could, and came back the next day with a refreshed energy. By the end of that day, I had created exactly what I was after. This process happens ALL THE TIME. If you don’t learn to deal with it then you won’t succeed.

Why bikes? What is it about this medium that inspires you?

Riding a bike has got to be the best way to travel in my opinion. There are no distractions, you have ultimate freedom and the ability to travel great distance while truly experiencing the elements and your surroundings. But most of all you feel like a badass! That’s right, they take me back to feeling like a carefree kid straight away, and riding one is now the best therapy going for me. So while this is the case why not build some that only exist once in the world!? To be able to share that with my clients is a great feeling.

IN THE WOODS ON A CAFE RACER MOTORCYCLE

What are your plans and dreams for the future? Any spoilers?

I’m constantly trying to better myself and what I do. It’s not about competing with others but becoming as good as I possibly can. It’s what drives me. I want to build bikes that really do come from dreams. But! There are big goals for this company. I also have plans to branch out, to make things that aren’t motorcycles. I love designing and I love making and so there are plans for furniture and various other things. I hope to grow Lions Den and end up with a team of people that feel as strongly as I do about design and the importance of being the best you can be.

Work music: I listen to so many different artists at work. Its starts off in the morning with something energetic, some heavy rock or some serious funk. Then, as the day progresses, something more chilled because by that time my brain has been worn out and needs comforting.

Book: I would recommend any of Tim Ferriss’s books for a bit of life inspiration.

Lesser known app: I’m not sure I know of any but have been told about some organisational apps that sound great. Todoist sounds very good.

Click the product names for a closer look, or use the link to shop all motorcycle. 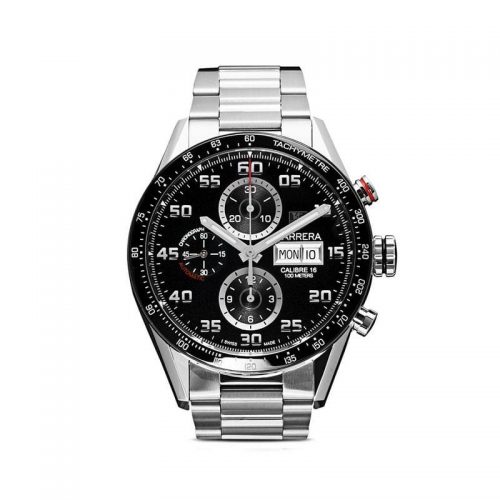 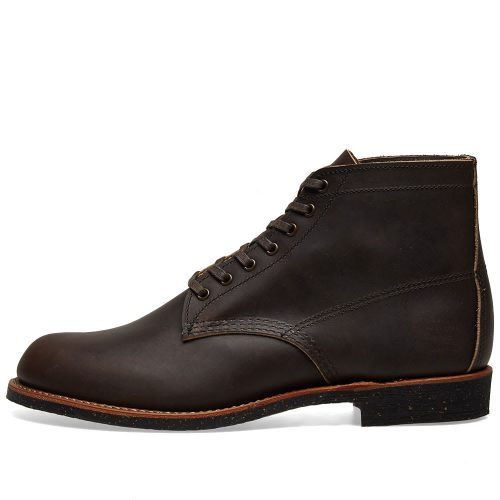 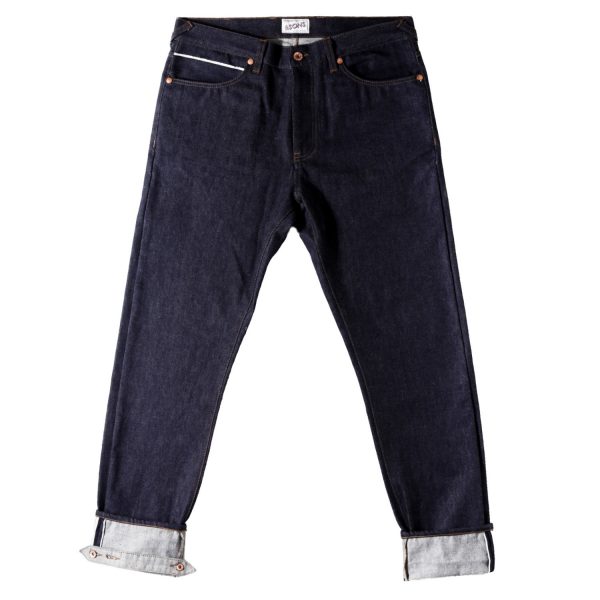 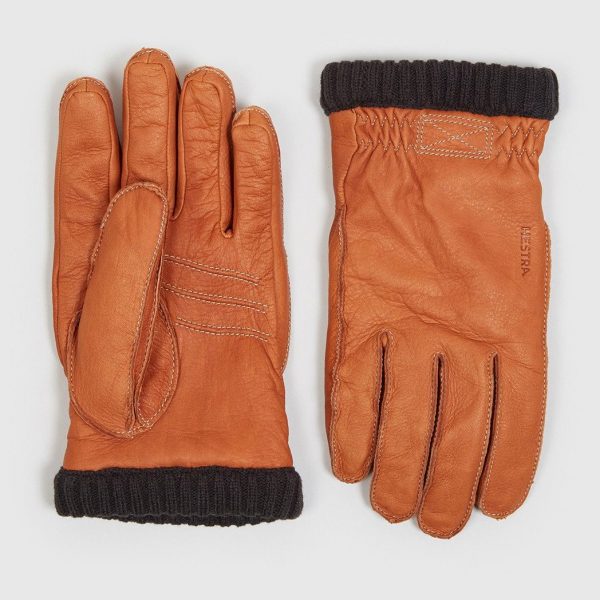 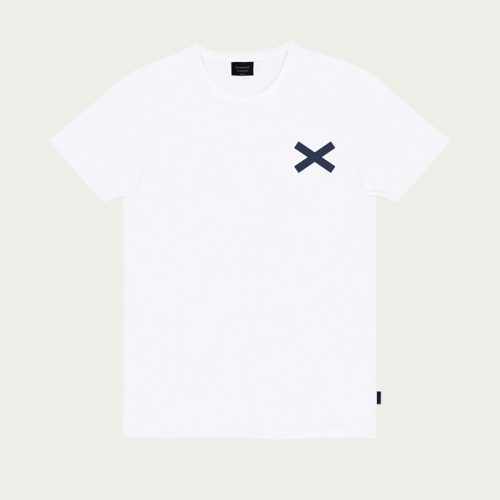 Mr. Daniel Thomas’ custom motorcycles are available to order through the Lions Den Motorcycles website and you can see more of Mr. Tom Griffiths’ photography here. 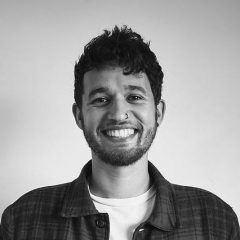 Mr Tom Griffiths is a thirty something motorcycle riding, coffee drinking and cat loving photographer based in Hastings, UK. You can see more of his stunning work at tomgriffithsphotos.com 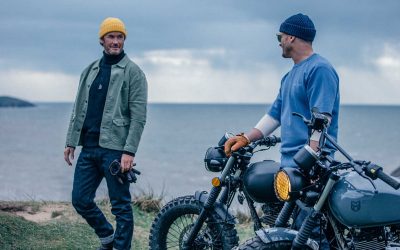 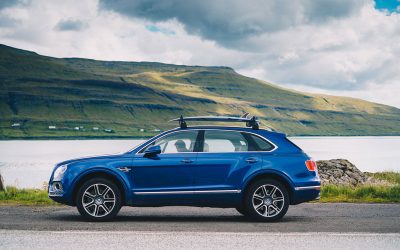